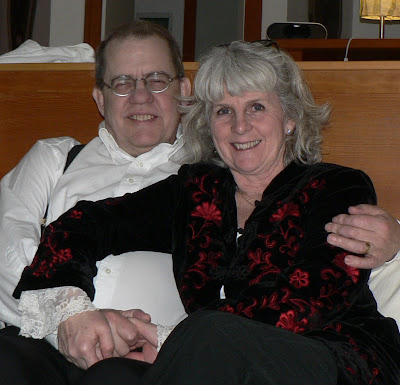 John and Moralea on last date to Sooke Harbour House 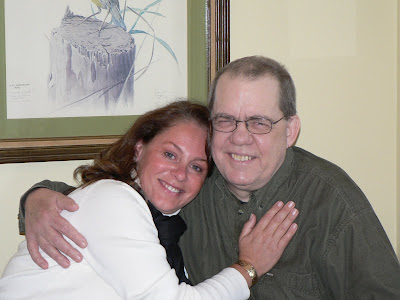 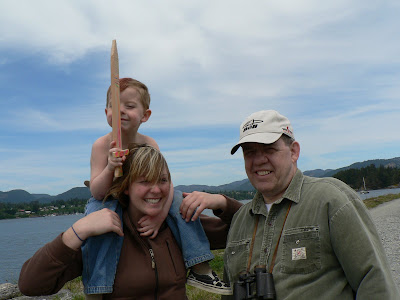 John with Gala and grandson Max 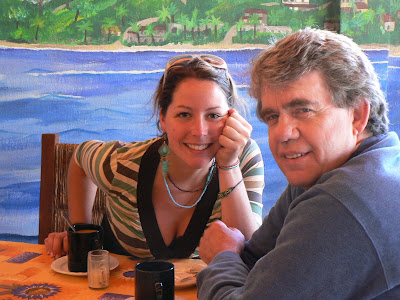 John and Gala in Mexico, Christmas 2005

Portrait of John by his friend Frank Mitchell

At daybreak on Saint Patrick’s Day, surrounded by his wife and family, John Robert Webb, a devoted husband, father, brother and friend, left this world far too early.

Born in Victoria in 1946, John was raised on the West Coast. He loved the landscape, the sea, the culture and the people of British Columbia. Growing up in the fishing industry, his family spent many years in northern coastal communities and this time had a life-long impact on John. He learned early the importance of hard work and developed an enormous respect for First Nations’ peoples and a love of their culture and art.

The roots of John’s ardent relationship with technology grew from his love of music. Beginning with the local concert scene of the late 1960s, through to working for Kelly-Deyong Sound; in concert promotions (ask about the story of John being confronted by an enraged Mohamed Ali at a BB King gig); as part of the Addled Chromish Light Show and travelling the country as a sound engineer and road manager for numerous prominent musicians, including Dan Hill, John developed and honed his organizational, personal and technical skills. He was one of the organizers of the original Easter Be-Ins in Stanley Park and served as music critic in the early days of the Georgia Straight – a period with many interesting tales. After his stint at the Straight, his position was filled by Bob Geldoff and John, with a wink and a nudge, claimed that he smoothed the way for Bob. One of his early, rather short-lived ventures was as co-owner of the infamous Harry Krishna’s Last Chance Saloon on 4th Avenue in Vancouver.

John was an accomplished cabinetmaker and for years, working from Toronto, built many of the La Cache and April Cornell stores. There are kitchens sprinkled throughout Toronto and Metchosin which bear the hallmark of his woodworking skills. He knew that the way to a woman’s heart was through his ability to craft beautiful and well made furniture and piqued his future wife Moralea’s interest when he proceeded, throughout a weekend visit, to build her a much needed deck, supplied with only a hammer and saw (which was of rather dubious quality).

He loved sports and in the year he lived with lung cancer, he was able to indulge in watching them to his heart’s content. While he lived in Toronto he was an avid Blue Jays fan and season ticket holder and in Victoria he enjoyed watching baseball and soccer at the Centennial arena. While his daughter Gala was young, he enrolled her in fastball with Langford Lightning and never missed one of her games. From the seat of his chair he had just started teaching his grandson Max how to throw a football, a sport he played with relish in his high school years.

John was a bonafide news junkie, he craved information; finding it, understanding it and sharing it – from political news to recipes, John was not shy to impart some new discovery. He was surrounded by books his entire life and through his constant reading and as a subscriber to many news sources (and the food and sports channels) John had an encyclopedic knowledge of just about everything - he was our own personal Google engine.

After arriving back in Victoria, John found his ideal job in the Office of the Chief Information Officer, where he seized the opportunity to help the rural and First Nations communities of BC connect to the information highway. His interactive, questioning and open style of leadership allowed him to forge bonds between individuals, communities, private businesses, industry and governments that has given British Columbia a unique, envious and respected global position in bridging the digital divide. With his quick wit and focused determination, he could provoke some deputy ministers to sigh, as he headed in their direction: “Oh, oh, here comes trouble!”. Until his last days he remained almost umbillically connected to his work through his laptop and blackberry.


For his 50th birthday, John was determined to tackle the West Coast Trail. For weeks he would arise before dawn, load his pack with forty pounds of rocks and hike from our home on Rocky Point down to Taylor Beach. For someone with severe asthma this was no mean undertaking. However, the day dawned when two equally crazy but indomitable friends from Toronto (Terry Sullivan and Sid Tabak) and a local acquaintance (Jim Dakin) joined him and they all drove off for their adventure. Five days later the scruffiest looking group of grey-breaded guys you could imagine sat at the old Port Renfrew Hotel. As they quaffed a few cold ones and started trading tales, the most memorable (and truthful) declaration emerged “The best thing about this trip is that I never have to do it again!” Apparently there are some stairs along the trail that can make a strong man weep.

Inspired by his grandfather in Saskatchewan, who shared the podium with Tommy Douglas, John was always interested in politics. He ran as a federal NDP candidate in Toronto in the 1980’s (losing to Barbara McDougall) and remained supportive of the party. John threw his hat into the municipal arena in Metchosin in 2005 after he was told by a friend that he should either stop complaining or run for office. Declaring at an all-candidates meeting that he was an environmentalist, he surprised no-one but himself by winning a seat on council. He was, for too short a time, a vocal municipal councillor for all the qualities of rural and green life choices that make Metchosin such a remarkable place to call home. He truly loved this wild, wet, west coast and to his last days he continued to participate in his community. His sense of duty and unfaltering belief in public service motivated him to the end.

He found his soulmate in his wife Moralea Milne. They met in Montreal and married in Victoria in 1990 – having 18 wonderful years together. He proposed by promising to cook for her forever, an offer she readily accepted! Like his mother, he expressed love by feeding those he cared about - and it was an enviable pleasure to sit at his table or receive the gifts of his kitchen.

Recently both John and Moralea have been navigating the paper strewn trails of conservation covenants as they have been preparing to place one on their property. John felt blessed that he was able to take part in preserving in perpetuity the rocky knolls and moss balds of Camas Hill, home of endangered ecosystems and the red-listed sharp-tailed snake.

He was a devoted and supportive partner and a loving and mentoring father to: Gala, Rian and Madeline Milne (Joel Hansen), and Kirsten Paterson Downes (Justin Downes) and Cameron Paterson and a doting grandfather to Maxwell Hansen-Milne and Hayley Downes. He was a much loved son-in-law to Florence and Jan Janbroers, and the two families spent countless happy days together enjoying great meals (prepared by John) and good times. No matter his location he remained a dedicated son and brother, always supportive and available – ready to share a common sense of humour, love of books, and many hours of laughter, debate and mutual affection with his parents and sisters. He leaves four sisters in the Vancouver area: Suzanne Newman, Peggy Whittall, Janet Webb (Ted Howell) and Sheila Brown; and numerous nieces and nephews. John was predeceased by his parents Bob and Kaye Webb of North Vancouver in 2004. As the only son in a family of 5 children, he learned early to how get along with women. John felt fortunate to have the talented sisters-in-law April Cornell and Brenda Bowle-Evans and brother-in-law Dr. Rod Milne in his large, extended family.

John’s last, heartfelt piece of advise, which he was never adverse to sharing, could be summed up in two words: “Don’t Smoke!”

On March 27th, at the 3rd Premier’s Innovation and Excellence Awards, John Robert Webb was posthumously awarded the Special Achievement Premier’s Award for Service Excellence for his work on the Network BC Project. The entire audience rose as one with a standing ovation.
Attending the dinner and award ceremony and accepting the award from Premier Campbell on John’s behalf were his wife Moralea Milne and daughters Gala Milne and Kirsten Downes. Familiar to most people in Metchosin for his all too short term as a councillor, John had another aspect to his working life that was unknown to most of his constituents. John was nominated for the award for his “pivotal role for over eleven years in expanding Internet connectivity to schools, libraries and, ultimately, homes throughout the province by facilitating community-level participation and ensuring the success of the Network BC Project, which made BC the best-connected province in the best-connected country in the world”.
Earlier in February, John had been honoured at the 2007 Summit on Information and Communication Technologies for Communities by the people he worked with in rural and First Nation communities, in business and in governments for these same accomplishments. The first John Webb Community Networking Award was announced at the Summit as well as two access sites in BC that have been named after him, one in the Peace River area and one at St Eugene Mission Resort, near Cranbrook. John felt particularly grateful and touched by the honour bestowed on him from the people he worked so tirelessly to aid through improving their internet capability and capacity.
He is missed.
Posted by Moralea Milne at 8:53 PM