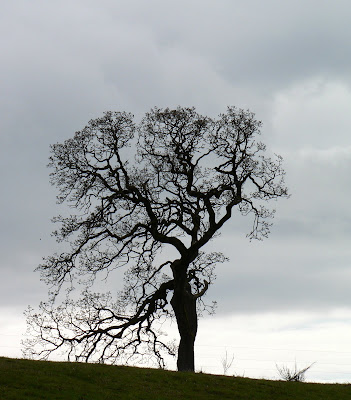 On the deeper soil sites Garry oak forms open parkland and meadow with Douglas-fir and a healthy growth of camas, lilies, western buttercups, and shootingstars. In shallow soil environments, Garry oak may often be associated with Arbutus.

A diverse bird community makes its home in Garry oak meadows, as well as numerous mammals and insects. Garter snakes and alligator lizards can be seen basking on sun-warmed rocks.

Garry oak and associated ecosystems are home to more plant species than any other land-based ecosystem in coastal British Columbia. Many of these species occur nowhere else in Canada. Several species have already been eliminated in British Columbia,

Garry oak ecosystems are threatened by urban development. Over 100 species of plants, mammals, reptiles, birds, butterflies, dragonflies and bugs are at risk of extinction in Garry oak and associated ecosystems. The Garry oak Ecosystems Recovery Team (GOERT) and its partners are working to save the remaining endangered species and the habitats they need for survival. To discover more about GOERT, see http://www.goert.ca/.

The Garry oak is a broadleaved deciduous hardwood with thick, grooved, greyish-black bark and a round spreading crown. The tree will grow to 20 metres in height.

According to British Columbia’s Big Tree Registry, the largest Garry oak in British Columbia is near Quamichan Lake on Vancouver Island. This specimen has a circumference at breast height of 5.09m, a height of 30.2m and a crown spread of 21.2m.

The largest Garry oak in Metchosin has been located at Rocky Point on DND lands. This specimen has a breast height circumference of 5.03m, height of 24.8m and a crown spread of 21.5m.

Leaves: The best way to describe the leaves of the Garry oak is to illustrate them. Dark green leaves in the summer turn to yellow and brown in the autumn before falling off.

Flowers: Inflorescence of tiny inconspicuous male and female flowers, these separate but on the same tree; female flowers clustered or single surrounded by a scaly cuplike involucre; male flowers numerous in catkins. (This technical description comes from the electronic atlas)

Fruits: The Garry oak fruit are small acorns illustrated in the photo below.

The Garry oak reproduces itself from acorns that fall to the ground in the autumn. It is from seed that yields the greatest success in propagation.

If you want to try your hand at growing Garry oak from seed, here’s what to do;
• Select an appropriate location for the tree recognizing the eventual size of the tree and that after it starts to grow, it will not likely be successfully transplanted.
• Collect a few acorns in late September and October. You need to beat the squirrels.
• Put the acorns in water for about 24 hours.
• Throw away the acorns that float They will not sprout.
• Place the acorn(s) you wish to try growing directly into the soil in the location you wish to have the tree.

More information on the propagation of Garry oak is available at the Garry Oak Ecosystem Recovery Team web site: http://www.goert.ca/

Deep soil parkland sites typically contain a variety of shrubs, trees, flowers and grasses. Very few deep soil parkland sites remain in the Victoria region. While some large Garry oak trees remain on these sites, most are isolated from native plant communities and instead surrounded by landscaped urban developments or by agricultural and recreational expanses.

Most Garry oak on Vancouver Island is found on the scrub oak shallow soil sites. Many of these are rocky sites that can not be easily developed. Where these sites remain somewhat isolated from urbanization, native flowers, grasses and mosses dominate the ground cover of these rocky environments. In other cases, some of these shallow soil communities have been invaded by species such as Scotch broom, daphne, and some grasses. On Vancouver Island, less than half of the original scrub oak shallow soil sites remain.

Threats to Garry oak ecosystems include habitat loss, fragmentation of larger areas of habitat into smaller, more vulnerable patches, encroachment of woody species as a consequence of fire suppression, and invasion of exotic species that out-compete native species.

Garry oak and associated ecosystems are among the most endangered in Canada. Many of the remaining Garry oak environments are found as fragmented communities isolated from other Garry oak communities. Isolation and fragmentation reduce opportunities for the genetic mixing thereby reducing the long-term viability of the species.

Coastal Aboriginal populations used Garry oak wood for fuel and for utensils such as combs and digging sticks. They also roasted or steamed the acorns for eating. They managed the Garry oak ecosystem using fire to generate a supply of camas bulbs, an important food source.

The Garry oak has not been used for timber. The wood, however, is hard and beautifully grained and has a rich look to it that makes Garry oak wood very suitable for woodworking and carving.
Craftspeople and artists display and sell Garry oak items at various galleries and studios on Vancouver Island including the Metchosin – East Sooke “Stinking Fish Studio Tour” and in Vancouver and the Lower Mainland. For further information, see http://www.stinkingfishstudiotour.com/

We acknowledge and credit the following sources which were used to compile this brief description of the Garry oak. We encourage the reader to go to the references below for further Information on Garry oak.